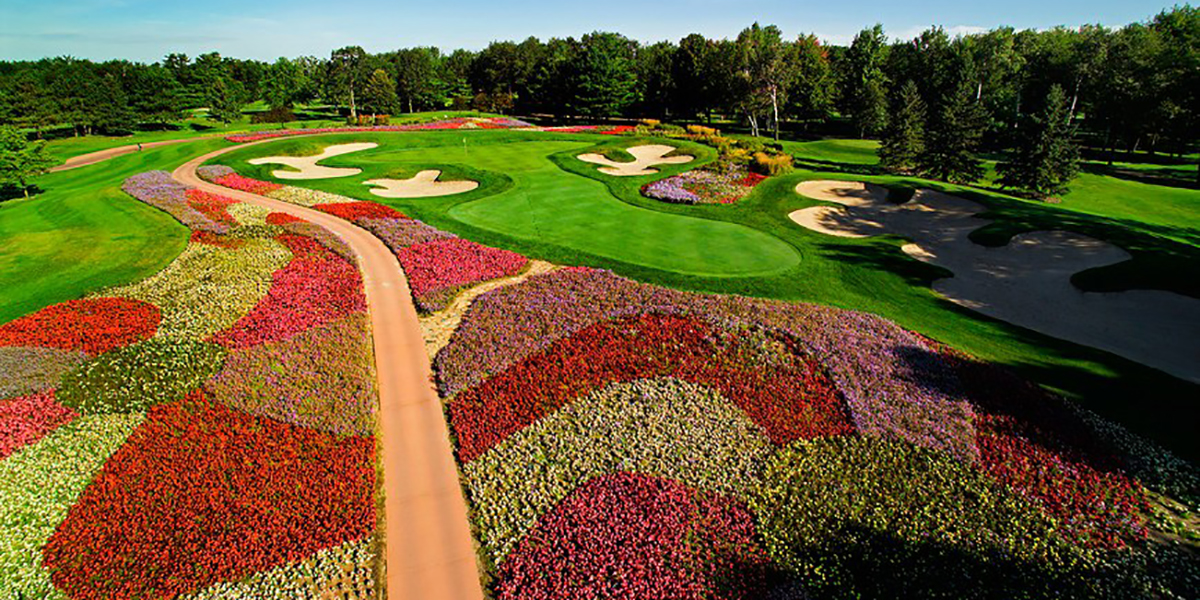 Golf Digest has named SentryWorld in Stevens Point in America's 100 Greatest Public Courses for the 2019-20 Ranking. SentryWorld came in at #44 with at least 6 other Wisconsin courses also making the top 50. They are also listed at #5 in The Best Golf Courses in Wisconsin by Golf Digest. Golfweek's Best 2019: Best Courses You Can Play in Wisconsin has SentryWorld in the top 10 for the state on their website. They consistently rank as one of the best destination golf courses in the nation.

According to Golf Digest "The lush, tree-lined SentryWorld won Golf Digest's first-ever Best New Public award in early 1984, but never made our 100 Greatest Public ranking until 2017, as the highest-ranking newcomer. In 2013, Trent Jones Jr. partner Charlton and their former associate Blasi remodeled SentryWorld, rerouting four holes and adding a new par-3 12 and par-4 13th, but they preserved the famous "Flower Hole," the par-3 16th which uses petunias, snapdragons, marigolds, geraniums and other annuals grown on site as decorative hazards. The flower beds are treated as lateral hazards."

SentryWorld is proud to host the 71st U.S. Girls’ Junior Championship on July 22–27, 2019. The USGA chose SentryWorld as the first site in Wisconsin to host this prestigious event. Attendance is free and open to the public.

SentryWorld—Wisconsin’s first destination golf course—was developed by Sentry Insurance in 1982 as part of a sports complex that includes indoor tennis courts, banquet space, and restaurants. The 7,237-yard championship golf course was designed by Robert Trent Jones Jr. In 2013, Jones returned to oversee a major renovation that increased the total yardage and upgraded nearly every feature of the course, including new tee boxes to create a greater variety of shots. The project was led by on-course architects Bruce Charlton and Jay Blasi.

While visiting SentryWorld, make sure to stop for a bite to eat at PJ's. located inside SentryWorld. They use locally sourced ingredients as much as possible and are a tribute to the flavors of Wisconsin. To find out more about SentryWorld, visit www.sentryworld.com/